UFO circles for writing Incident at Devils Den (ad) a book which records an event in 1977 in which while serving in the US Air Force, he and a friend suffered serious burns and decades of trauma after they were abducted aboard a huge triangular craft while on a camping trip in Arkansas.

But it was only a few days ago in an internet interview by Dean Caperella for the Alien Live Revealed summit, that Terry revealed this second recent abduction and showed Dean and viewers the phone evidence.

In the interview Terry said: "I was taken on April 16, 2019 and I actually have empirical evidence to prove it. "

He explained that he sleeps with his cell phone in a top pocket of his T shirt and listens to orchestral music.

He said "I plug in my ear buds and the charger and stick the whole thing in my pocket. I don't move around a lot in my sleep, lie on my back, listen to the music and sleep all night"

He went on: "On April 16 I got up at 5.55am completely exhausted and out of breath, thought I was having a heart attack and called an ambulance."

At hospital he was given X-rays and and an EEG which showed he hadn't had a heart attack and all was fine.

When Terry got home he felt well enough to "walk a little bit" as he tries to take a two mile walk every day.

He explained that his activity phone app records how many steps he takes but also stairs.

"And if I climb six flights of stairs for instance it will show a stair step app because the bottom line impacts the time. where the horizontal index represents distance. 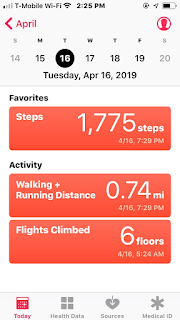 It showed one line. It showed a horizontal line going straight up between 5.23 and 5.24 am. According to the phone, I climbed six flights of stairs in less than one minute. I took it to the T-Mobile phone store. I asked the guy ‘What does this mean?"

Terry told interviewer Dean: "My house has no stairs"

According to Dean Caporella's Alien Live Revealed webpage, Terry Lovelace served on active duty in the United States Air Force from 1973 to 1979. Trained as a medic and EMT, the bulk of his enlistment was spent as a first responder at the Emergency Room of Whiteman Air Force Base Hospital.
After military service, he completed a bachelor’s degree in Psychology, cum laude, from Park University. He earned a Juris Doctor from Western Michigan and was admitted to the bar the same year. In addition to serving as a felony prosecutor, he was keenly interested in healthcare law. He’s a member of the American College of Healthcare Executives and was certified as a healthcare risk manager. While an Assistant Attorney General for the U.S. Territory of American Samoa, he served as General Counsel for LBJ Tropical Medical Center. He finished his legal career as State’s Attorney for Vermont’s Board of Medical Practice in 2012 and lives in Dallas with his wife of 45 years.
Continue Reading ►

In The Days of My Youth: Why Do Childhood Abduction Memories Seem To Be Clearer In Many Abductees?