Are The Mystery Drones Flying Near Nuclear Missile Silos? 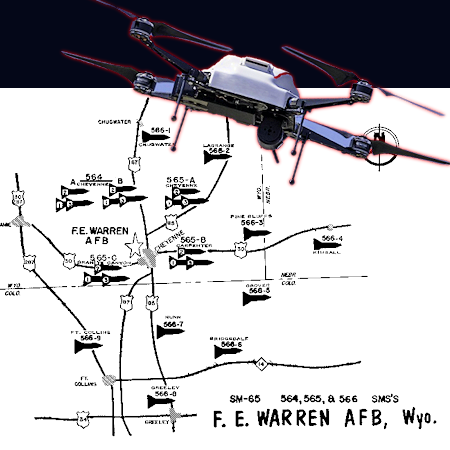 The strange flying objects have been spotted near F.E. Warren Air Force Base in Wyoming, which houses enough nuclear intercontinental ballistic missiles to wipe out several cities.

several at a time, their locations marked by the light they emit. Audibly buzzing, they hover and maneuver in precise formations.

The mystery of their origin has gripped Colorado, where news of a sighting makes near-daily headlines and no one has yet copped to operating the aircraft. The state’s governor, Jared Polis, deployed the state plane to hunt them down after a pilot believed one of the objects came too close to a Flight for Life helicopter. And a constellation of government agencies has formed a task force to get to the bottom of the mystery.