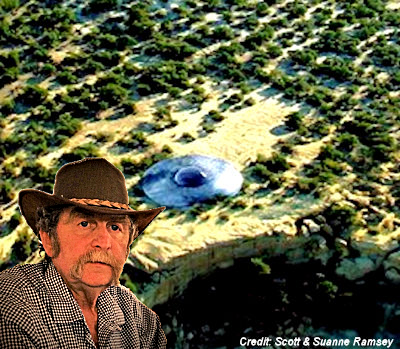 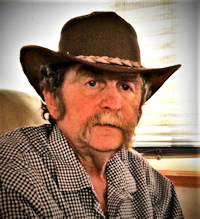 Frank Thayer, the story of how Ruby Leeper, the wife of Benson Leeper, revealed to Mark verification of the flying saucer crash March 25, 1948. She claimed that her husband was one of three people from Aztec, New Mexico, who rushed to a crashed or downed object in the early morning hours of that spring day. A car arrived at the Leeper ranch and picked up Benson so the rancher could lead them to the mesa where the intact disc had landed or crashed.
When Benson returned home later that day, his wife asked him what had happened. In a way out of character for him, he became angry and told his wife of many years to never ask him about where he had been. It was only in her later years she would confide to Mark the weighty secret her husband finally admitted to her.

Mark was so close to the family that he is buried in the Leeper family plot at the Cedar Hill Cemetery.

Fargen’s passing was the second loss to the Aztec story, as William "Bill" Steinman, author of the 1986 book _Flying Saucer Crash at Aztec: A Well-kept Secret,_ died early in 2019.

Both of these men will be missed by many.

READ – The Aztec UFO Incident: The Case, Evidence, and Elaborate Cover-up of One of the Most Perplexing Crashes in History

Forget Roswell: Aztec Has One of the Most Intriguing UFO Mysteries