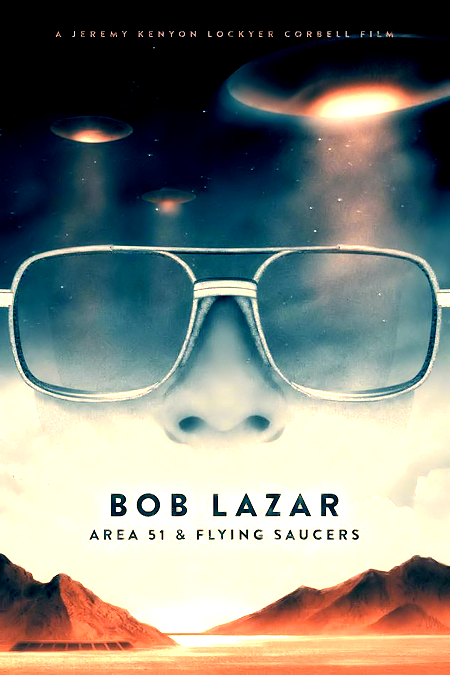 Ever since that first call in 89, Lazar has been pretty elusive, only doing select interviews and showing up at the International UFO Congress in 2015. Lazar's allegations have made his life chaotic, but he's ready to set the record straight for the first time. The controversial documentary features narration by veteran actor Mickey Rourke.

UFO Stalker
UFO Sighting in Glendale, Arizona on 2018-11-20 00:00:00 - What looks almost like a star but much closer. and very noticeable lights flashing
Standing outside looking to the east. just how noticeable the lights changing were. not sure but it wasn't moving. so i ruled out any aircraft. just in the sky to the east. with lights changing very fast. just to be sure my eyes weren't playing tricks on me. i recorded video for 56 seconds and could see the lights on my phone screen. where in fact these lights were changing and that this was something i have never seen. after awhile i just came inside. not before taking both video and pictures of whatever it was in the east sky.

UFO Sighting in Fresno, California on 2018-11-20 04:49:00 - Long rectangular light green hue object hovering near airport was observed then it blinked out
Early tuesday morning at approximately 4:45am, november 20, 2018. i had just parked my car in the parking lot and begun walking to go to work. as i walked up to work from the parking lot before entering the store, i noticed an object in the sky over by the airport. it looked unusual and it caught my eye. i instantly took out my cellphone and begun to record this object in the sky. i could tell it was not a street light because it gave off a light green light approximately near, if not over the airport. it hovered there motionless while i was recording it. then a coworker walked up and thought i was taking a selfie. when i yelled out, what's that in the sky over there? i recorded it for one minute and took one picture when we both were observing it. then out of the blue, it turned off like a light. that's when he knew it wasn't normal to do that but i knew it was no drone, blimp airplane or helicopter but either a government black-ops or ufo. either way, it was large if not huge by any standard airplane and it definitely gave off light opposed to glowing. we also heard like a loud jet noise for about 5 seconds or less then it was quiet but no jet or plane flew over us. i definitely was highly excited for what i saw, not to mention i recorded it and took a picture of it. i have a picture and video ready to be analyzed. what i do know is that thing was massive, real massive.