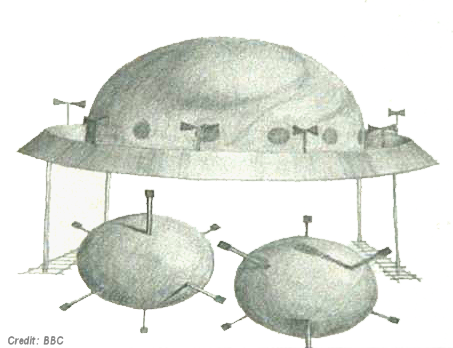 Which is not at all far from the hill and the surrounding woodland. I would fairly often go for walks there with my dog or friends; it is the highest point in the area and there are views out to Edinburgh and the River Fourth.

I was about 13 when the events in question took place.

Bob Taylor was a worker for the LDC, if I recall right. LDC was the Livingston Development Corporation that was the local council that was in charge of the town including the local forestry.
He lived with his wife about 10 mins walk from my house, although I never knew him personally, my uncle was aware of him through work.
My uncle was at the time a huge skeptic of the UFO subject but I do remember him saying at the time, Bob was not the type to make up stories, he was a very quiet, and down to Earth man with no malice or nonsense about him.

I first heard of the encounter very close to the time of the event, it’s so long ago … certainly within days. At school, we were buzzing with the news, my classmate was frantic. He said on the night before the encounter, his uncle as I recall had said he had seen what he took to be a helicopter hovering and shining bright spotlights on to 2 others. Even at the time I thought this was very unlikely–we never saw helicopters back then, let alone 3 acting so oddly.

Now, I may be wrong about the timeline here, but I think it's right: The event happened on Friday, I am sure we heard about it on the news, must have been on Saturday, in any case me and 2 school mates headed out to find the site on that Sunday afternoon.

I realize it is possible because of the elapsed time since and the possible time of news reports it may have been a week later, but for all these years I thought it was the same week as the event.

We did not as far as I know find the actual landing site, however, it is possible the police had not fenced it off yet so we may well have walked right by it. Bob said it was in a clearing, there were several. We did find something we thought was very strange though.

It was a very cold and misty afternoon, I think there may have been a slight frost, but I may be wrong. We came across a pile of ash that was still slightly warm. It was about 3 feet high, dome shaped and about 5 feet across. I lived in the area for all those years and never saw that in the woods before or since. I am not suggesting it had anything to do with the case, but at the time we did wonder if someone was hiding something. This was very fine light grey ash, it would have been a very hot fire indeed.

The area in general has a lot of UFO sightings. In the early 90's it was part of a rash of them.

Fast forward to 1991. I was playing in a band for a Christmas show. The organiser of this was a man named Lain Drumond. Later he reported his father was Bob Taylor's supervisor in the council

A detail that I have not read or heard anywhere else is that he was at the scene, I don't know if Bob was there too, when the police arrived to investigate. Has said that far from carefully preserving the scene, they tramped all over it with their big boots! The boss (I think was) Malcolm Drummond, protested and the officer in charge got them to stop it before the forensic team turned up and took all the data.

Encounters in the Area

The men in the car reporting a possible abduction were driving in the Pentland Hills, to the south of Livingston. I mentioned my Uncle changed his mind about UFOs: In the mid-2000s he told me on the phone he had witnessed a classic silver disk hovering not too far from his 4th floor window. He said the object had been videotaped by a woman in the town and it was on the evening news. He didn’t go into any more detail, but I can assure you 100% with the amount of scorn and ridicule he heaped on the subject for years, if he said he saw that, he did.

So for now, I hope some of that is of interest. I'll pass on some more later.

Oh except for this one, a friend of mine was at primary school in the Ladywell area of Livingston, this would have been late 70's he had been off school with a cold. When he went in this morning, he said the whole school was buzzing. The story goes, at break time a "flying saucer" had flown low directly over the playground and most of the school kids had seen it and were going crazy with excitement. Sorry it's hazy and third hand but he was emphatic that his mates were pretty freaked out by it.

The Dechmont Woods UFO Incident and The Police Investigation

UFOs: The Untold Story – A Look at Some of the Most Famous and Supported UFO Encounters From Around the World

UFO, Known as 'The Warminster Thing' Immortalised in a Mural