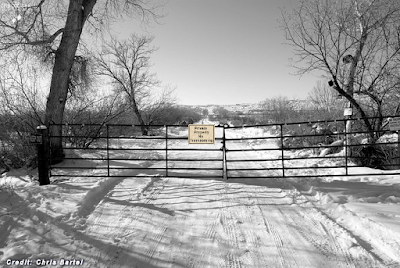 The more insight into AASWAP and the Ranch, the more clear it gets. Got a hold of the medical studies conducted without consent. I am about to publish and go legal. The empire is about to fold for good
—Chris J. Marx (@ChrisJMarx1) October 11, 2019

Each of the two men were interviewed by Erica Lukes. More about their claims may also be found at the blog of Keith Basterfield, who is following this developing story. It is yet to be seen how much documentation will be presented to support the statements and allegations made by Marx and Bartel, but the circumstances have the potential to prove interesting.

Concerns about adherence to human research subject protocols arose when a statement attributed to a BAASS senior manager was posted May 4, 2018, by Channel 8 in Las Vegas, the host of controversial reporter George Knapp. The statement asserted BAASS adopted "a novel approach of utilizing the human body as a readout system for dissecting interactions with the UFO phenomenon." It was further asserted that several medical technologies and related tools were used "for in depth study of the effects of UFOs on humans."

Such circumstances were previously suggested in the now well known NYT article published in December of 2017 that broke the AATIP story. The article stated, "Researchers also studied people who said they had experienced physical effects from encounters with the objects and examined them for any physiological changes," but no details or substantiation were provided.

Information pertaining to the review, approval, and oversight of research involving human subjects is thus far sorely lacking from the vague and anonymous reports. To date there has been no clarification of specifics surrounding the medical exams or whether the work was approved by an institutional review board, or IRB, which ensures adherence to legal and ethical standards. Several FOIA requests are pending which researchers hope will shed light on the methodologies and means of measuring progress of such claimed studies, among many other questions which remain unanswered, and, in many instances, unasked around the UFO circuit.

Long before the 2017 article at the Times, select researchers expressed concerns the Skinwalker saga was misrepresented for what might be a number of different reasons and motives from one person to the next. Among the suspected reasons was the possible existence of some type of classified research and development project.

The suppositions seem bolstered by a 1996 AP article (pictured below) in which non-lethal weapons expert Col. John Alexander, acting as a spokesperson for Robert Bigelow's now dissolved National Institute for Discovery Science, made vague and contradicting statements. Alexander told the AP a mission of NIDS was to make information widely available yet simultaneously declined to provide details of how or why research was being conducted at Skinwalker Ranch.

"You know, the Skinwalker Ranch to me is interesting for a couple reasons," writer, researcher, and former MUFON International Director James Carrion explained in 2014.

"There's a mythology that was being built up. Why was it being built up? I think it had somewhat to do with the mythology surrounding Area 51. Somebody wants to continue that mythology."

Summing up his thoughts on Bigelow and the Skinwalker Ranch, Carrion added, "All I know is somebody is obfuscating what is really going on, and I don't think it has to do with protecting people's lives [concerning the lack of access and lack of transparency]. I think it's something else."

The funding sources for research conducted at Skinwalker are as unclear as the objectives and outcomes. The Defense Intelligence Agency, which funded the AAWSAP, responded to an FOIA request it has no records pertaining to contracts undertaken with or funding provided to NIDS.

It may be noteworthy that the FOIA does not require agencies to disclose the existence of properly classified records. It is somewhat feasible such records exist and are classified.

The National Security Agency, rumored to have been involved at Skinwalker, fully denied an FOIA request for documents pertaining to NIDS and BAASS. "Please be advised that due to security concerns, this is our standard response to all requests where we reasonably believe acquisition records are being sought on a contract or contract related activity," the NSA explained.

Many FOIA requests to the DIA remain pending on BAASS. One FOIA request which was completed, however, substantiates that BAASS was indeed awarded an AAWSAP contract in 2008. Details of what was ultimately delivered are yet to be fully disclosed. The project may eventually prove to have taken place in either part or whole at Skinwalker Ranch, but, as of this writing, that is yet to be established, as is a great deal about activities surrounding NIDS, BAASS, and intelligence agencies. 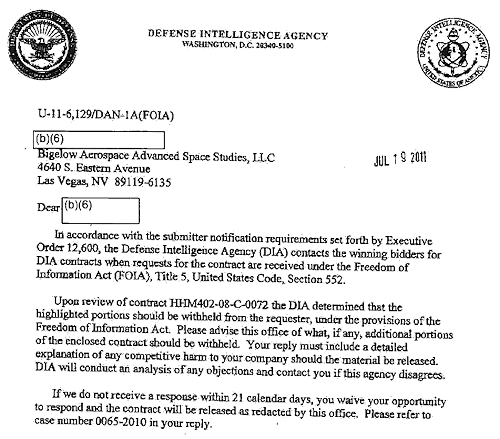 Chris Marx on AAWSAP, BAASS and The Skinwalker Ranch – Inside The Black Vault, with John Greenewald

What is Really Happening at the Skinwalker Ranch?

Hunt for the Skinwalker & The Defense Intelligence Agency (DIA) Connection