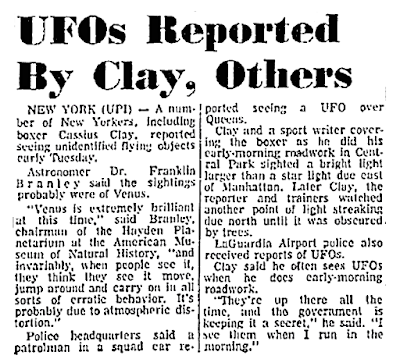 Police headquarters said a patrolman in a squad car reported seeing a UFO over Queens.

Clay and a sport writer covering the boxer as he did his early-morning roadwork in Central Park sighted a bright light larger than a star light due east of Manhattan. Later, Clay, the reporter and trainers watched another point of light streaking due north until it was obscured by trees.