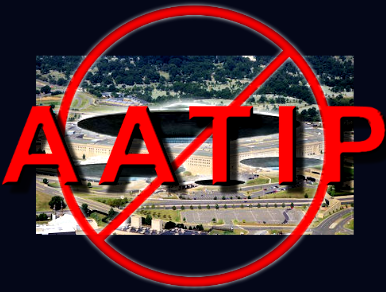 “Neither AATIP nor AAWSAP were UAP related,” said Pentagon spokesperson Susan Gough in an e-mail to The Black Vault.

On December 16, 2017, news of this obscure program was first announced by the NY Times and Politico. Both media outlets reported that UFOs- now being referred to as “Unidentified Aerial Phenomena” or UAPs to reduce the stigma surrounding the topic – were the direct focus of this program. However, the Pentagon now seems to have changed their stance.

Claiming they want to correct the record and clear up some inaccuracies, the Pentagon now says AATIP was not a UFO or UAP program.

“Neither AATIP nor AAWSAP were UAP related,” said Pentagon spokesperson Susan Gough in an e-mail to The Black Vault. “The purpose of AATIP was to investigate foreign advanced aerospace weapons system applications with future technology projections over the next 40 years, and to create a center of expertise on advanced aerospace technologies.”

The Controversy Over Luis Elizondo's Credentials As Head of The Pentagon UFO Program, AATIP